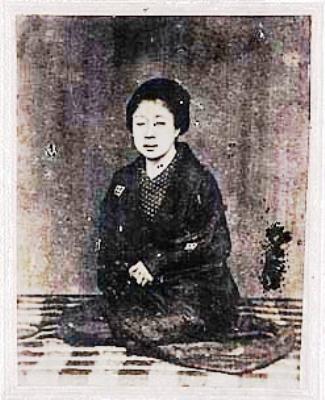 Japanese tea was first introduced to Europe in 1610 when a Dutch merchant ship brought tea back from Hirado in Nagasaki. This was the first tea for Europe. After that, England and other Western European countries became obsessed with tea, changing the world.
However, in 1639, the Edo shogunate closed the country to the outside world, and the export of Japanese tea almost ceased.

The arrival of the Black Ships in July 1853 marked the end of the 300-year Edo Shogunate in Japan, and the country was in the midst of a tumultuous period that had just begun to transform into the new Meiji era. The world was also in the midst of a period of great change, as European countries were in the midst of colonialism, and in 1842, China (Qing) was defeated by Britain in the Opium War.

It was against this backdrop that the export of Japanese tea began.
The first person to start exporting Japanese tea was a woman called Kei Oura, who was born in Aburaya in Nagasaki City. Kei Oura was a very active woman, and in 1848, it is said that she wanted to see the world outside of Japan, so she stowed away in a tea box and went to Shanghai. (It is said that she also went to India.) This was when she was 20 years old. At that time, Japan was still under the Edo Shogunate’s policy of national seclusion, and only Dejima was open to China and the Netherlands.

In 1853, four years after his stowaway, Kei Oura, in cooperation with Tojuro Shinagawa, a translator, entrusted Ureshino tea to the Dutch merchant Textor at Dejima and sent the tea to England, America and Arabia. The Dutch merchant Textor was an assistant officer at the Dutch trading post in Dejima and had a Japanese wife and children. It is also said that Textor helped Kei Oura to stow away in 1848.

In August 1856, the British merchant Ault arrived in Japan and ordered 120,000 pounds (72 tons) of tea. It is said that the tea entrusted to Textor was the catalyst for Allt’s visit to Ourakei. At that time, the order of 120,000 pounds (72 tons) was a huge amount of money and could not be covered by Ureshino tea alone, so he visited tea producing areas all over Kyushu and finally collected 10,000 pounds (6 tons) of tea leaves and exported them to the United States. This was the forerunner of Japanese tea exports. This was when Kei Oura was 28 years old.

In 1858, the Edo Shogunate concluded a treaty of amity and commerce with five countries (the U.S., the Netherlands, Russia, the U.K., and France), which opened Nagasaki, Yokohama, and Hakodate as free trade ports, and 240 tons of tea was exported from Nagasaki annually. Kei Oura’s tea exports were so strong that he built a tea factory behind his house and took care of the Kameyama Company, led by Ryoma Sakamoto, as well as other aspirants at the end of the Edo period.

Later, the export of Japanese tea peaked in 1917. The amount was 30,000 tons, and since the tea production at that time was 40,000 tons, it meant that 75% of the domestic production was exported.
The government also made efforts to increase the production of tea, and at that time, tea was the second most important export product after raw silk.

However, due to the Second World War and rapid economic growth, the export of Japanese tea decreased, and in 1993, it dropped to a record low of 253 tons.
Since then, it has been on the rise, especially in recent years, with exports growing, reaching a record of 5,000 tons in 2019.

Now the overseas export of Japanese tea is once again in the spotlight, and it is expected to continue to grow.

This trend started 150 years ago in Nagasaki, and with one woman.