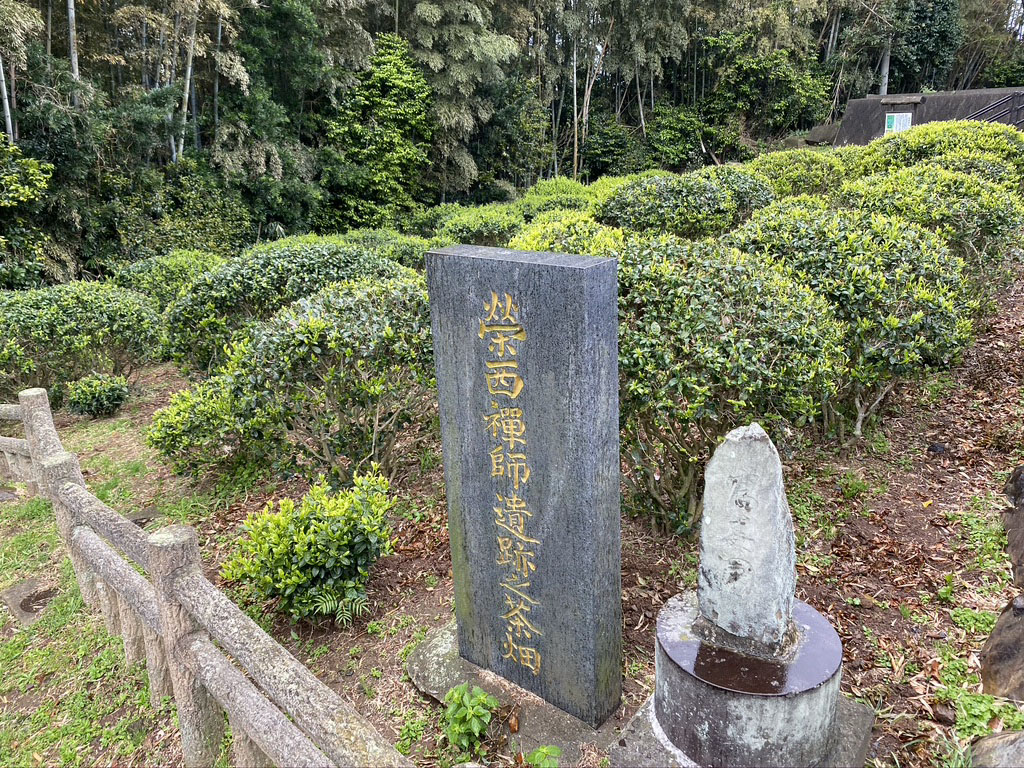 In Hirado City, Nagasaki Prefecture, there is the oldest tea plantation in Japan.
This tea field is said to have been opened by Eisai, the Zen monk who first introduced tea to Japan over 800 years ago in 1191.

This tea plantation is called “Fushun-en,” and at the time when the tea was planted here, there was a Zen hermitage called “Fushun-an” built by Eisai, and this was the mountain behind the hermitage.

The name “Fuchun-en” is said to have originated from the Fuchun River in Zhejiang Province, where the Tien Tai Shan Wan Nian Temple, where Eisai studied Zen, is located.

Soon after Eisai’s return from China in August 1191, a Zen class was held at Fuchunan with dozens of local fishermen. This was the moment when Zen was first introduced in Japan.

In 1211, Eisai wrote the first book on tea in Japan, “The Chronicle of a Tea Ceremony.
The tea introduced in the book is matcha (powdered green tea), and the method of making tencha, the raw material for matcha, is introduced.

Eisai also introduced tea as “a medicine for all diseases” in his book “Tea and Health,” and he died at the age of 75, four years after writing “Tea and Health. In the Kamakura period (1185-1333), when Eisai lived, the average life expectancy was said to be 24 years old, so it can be said that Eisai had an amazingly long life.

Today, a Zen temple called Senkoji is built here, and the tea plantation of Fuchunen is protected by the volunteers of tea farmers in Nagasaki Prefecture, and a tea offering ceremony is held every year.

The oldest tea plantations in Japan can be found in many places, but here in Hirado, Fuchun-en is a special place because it is adjacent to Fuchun-an, the first Zen hermitage opened by Eisai. Unfortunately, this fact is not very well known.

If we can tell the world that the tea of Nagasaki has the oldest history in Japan, the history of Japanese tea will become even more interesting.