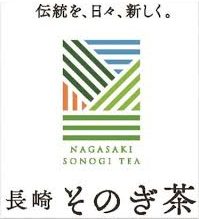 Therefore, many of the tea plantations overlook the beautiful and tranquil sea.
The mountains are rugged and full of beautiful waterfalls, including the highest peak, Mount Kukuzo (608m above sea level).

Tea, tea fields, and tea farmers
Higashisonogi is a small town with a population of 8,000.
About 300 tea farming households grow tea in 400 hectares of tea fields scattered around the town. They produce 400 tons of tea leaves annually, which is 60% of the total tea production in Nagasaki Prefecture.

The tea fields are spread all over the town, from the ocean side to the steep mountains. Many of the tea fields have a view of the sea, and the tea leaves grow by absorbing the mineral-rich sea breeze.

History of Higashisonogi Town and Tea
Higashisonogi Town has a very long history, with people having already begun to settle there in the Jomon period (over 3000 years ago). In the middle of the town, there is a burial mound called Hisago-zuka burial mound, which is said to have been created around the 5th century.

Also, the name “Sonogi,” from which the town of Higashitanogi gets its name, can be found in the Hizen Province Fudoki compiled in the 8th century.

The history of tea in Higashisonogi Town is not clear as to its origin. However, it was already started around the 14th century, and tea production was recommended by the Omura clan during the Edo period (400 years ago -).

Characteristics of tea
The characteristic of the tea produced in Higashisonogi-cho is that almost all of the tea produced is jade green tea.
The tea is produced using the deep steaming method, which gives it a bright green color (tea leachate). Tamaryokucha is a very rare tea, accounting for only about 2% of all Japanese teas. In recent years, the reputation of this Tamaryokucha tea has been growing, and it has received various awards.

In 2018, a tencha (a raw material for matcha) tea factory was also established in Higashisonogi Town, and for the first time in centuries, matcha production began in Nagasaki.

I can’t wait to see what the future holds.